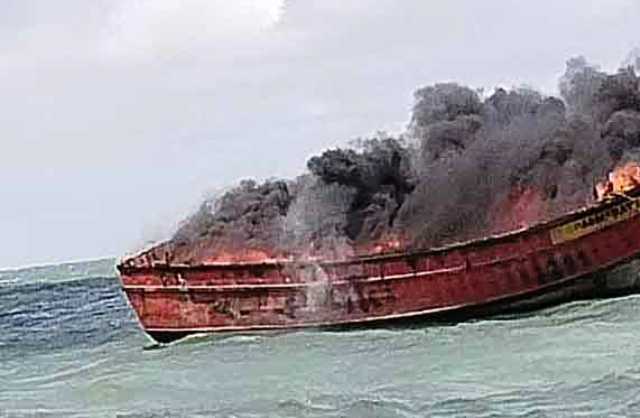 Bhadrak: As many as 10 fishermen had a narrow escape on Thursday after the boat on which they were fishing in the middle of Bay of Bengal caught fire off Chandbali coast in the district.

The fishermen had ventured in to the sea on the boat ‘Maa Padmabati’ owned by Samaresh Parida of Dosinga village near Dhamra.

They were engaged in the fishing near Abdul Kalam Island in the sea while the boat suddenly caught fire. They immediately passed the information to the coast guard who rushed to the spot and rescued all the fishermen.

The reason of fire has not yet been established. It is suspected that technical glitch in the boat engine might trigger fire.

In July this year, eight persons from the fishing community had a similar escape when the mechanized boat in which they had taken for fishing caught fire in mid-sea off Paradip coast.