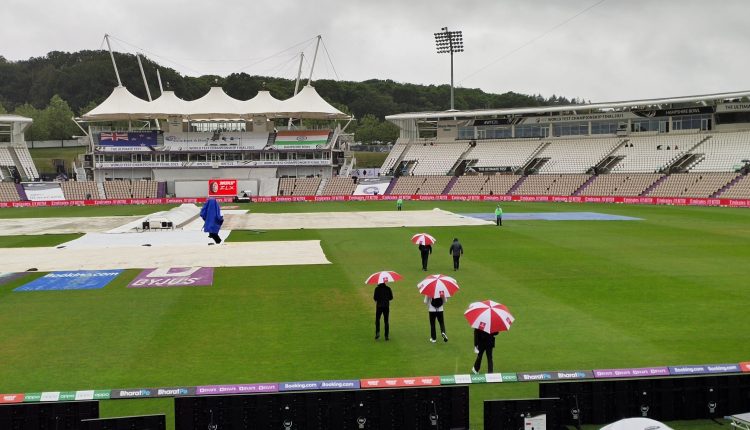 While the entire world, mostly the Indians were stuck to their television sets for live updates of the inaugural World Test Championship (WTC) final between India and New Zealand, rain played spoilsport at Southampton and the first session of the historic Test has been washed out.

The latest footage from Southampton shows covers on the ground, ground staff, and match officials with umbrellas and few Indian fans sitting in the stands.

“Update: Unfortunately there will be no play in the first session on Day 1 of the ICC World Test Championship final. #WTC21,” said the BCCI in its tweet.

It is predicted that heavy rain and thunder are likely to play spoilsport throughout the opening day.

While the weather was excellent will Wednesday, things started going bleak and gloomy from Thursday and the prediction for Friday is more rain.

The Reserve Day has been scheduled to ensure five full days of play, and it will only be used if lost playing time cannot be recovered through the normal provisions for each day. There will be no additional day’s play if a positive result is not achieved after five full days of play and the match will be declared a draw in such a scenario.

Meanwhile, fans are not happy with ICC’s decision to select England as the venue for the WTC final. “They know that the possibility of rain is so high during June in England,” a fan has tweeted. A few of them have recalled the abandoned matches during the 2019 World Cup in England.