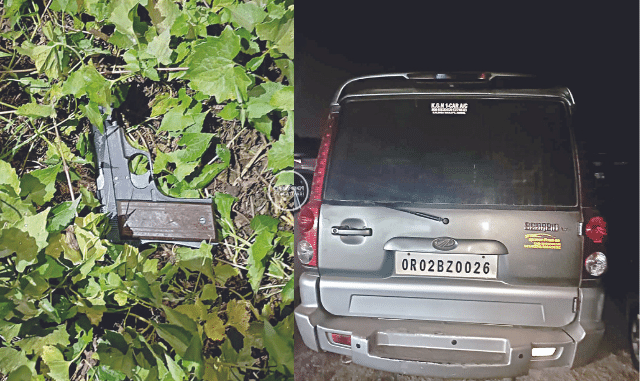 Bhubaneswar: Two persons were injured after a firing erupted at a garage in Tamando Square in the outskirts of Bhubaneswar on Sunday evening.

“All accused are undergoing questioning,” the police said adding that a scientific team collected evidences from the crime scene, while a gun, two bullets and two cars were seized from the spot.

According to reports, five people arrived in two cars at a garage in Tamando square on Sunday afternoon to repair a car.

However, the garage workers informed them that the parts they need to repair the engine would not be available with them as the shops were closed due to Sunday.

After hearing this, one of them pulled out a gun and fired two bullets on the air threatening the garage workers of dire consequences if they fail to repair the car today.

In the meanwhile, one of them opposed the man brandishing gun and tried to stop them. During the brawl two of them sustained injuries. The high drama continued for almost 1 hour between 5.30 pm to 6.30 pm after which police arrived at the scene.

On the seeing the police, the five tried to run away, but the cops chased them down and took them into custody.

Cyclone Asani To Intensify Into Deep Depression During Next 24 Hours