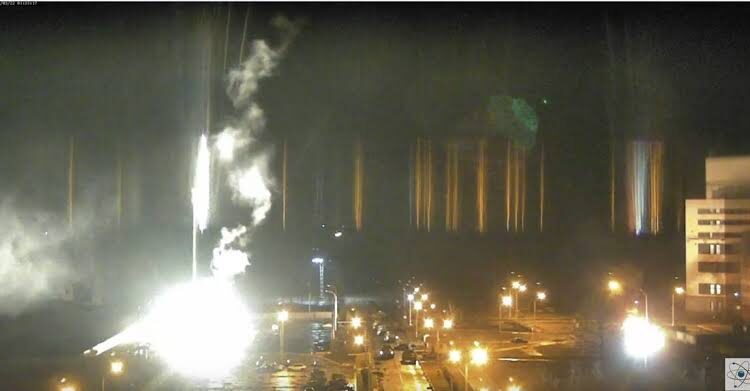 Kyiv: Ukraine’s state emergency service said on Friday that the fire near the Zaporizhzhia nuclear power plant has been put out.

Ukraine said in the early hours of Friday Russian forces had attacked the plant and a five-story training facility building next to it was on fire.

A statement from the emergency services posted on Facebook said there were no victims in the fire.

“At 06:20 (04:20 GMT) the fire in the training building of Zaporizhzhia NPP in Energodar was extinguished. There are no victims,” the emergency services said in a statement on Facebook.

Radiation levels at the Zaporizhzhia nuclear plant have not increased, the IAEA said after a fire broke out there during Russian shelling. Ukraine’s president said Russia resulted to “nuclear terror.”