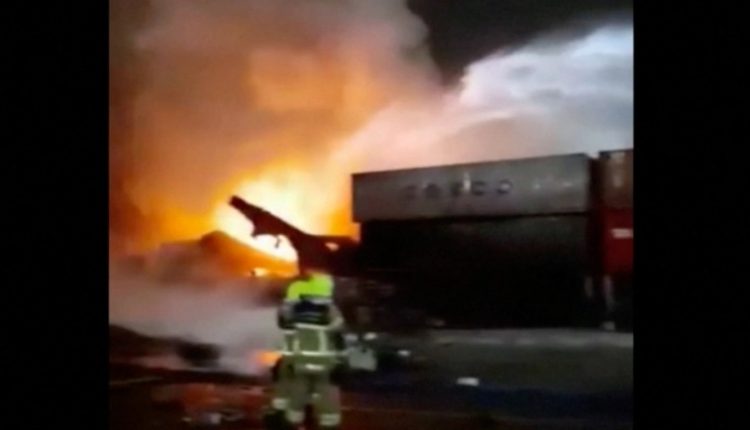 Dubai: An explosion inside a container on a ship docked at the Dubai port caused a massive fire on the vessel. It was later extinguished with the help of firefighters.

According to reports, the blaze in the Middle East’s largest transshipment hub was caused by a container holding flammable material.

There was, however, no loss of lives.