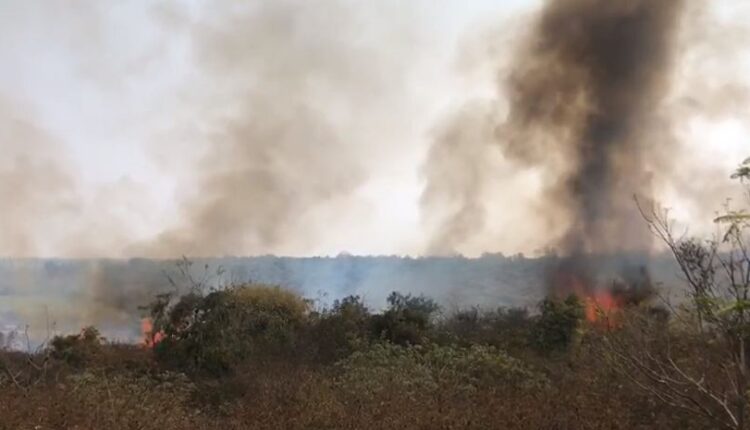 Barang: A massive fire broke out at an isolated place inside the Botanical garden of Nandankanan zoo in the outskirts of Bhubaneswar today.

However, no casualty was reported from the incident.

According to sources, the incident occurred on Sunday afternoon.

While it is yet to be ascertained how and where the fire broke out, an investigation into the matter is underway.

On being informed, at least two fire tenders rushed to the spot and launched a massive operation to douse the flames. After three hours of long operation, the flame was brought under control, sources added.