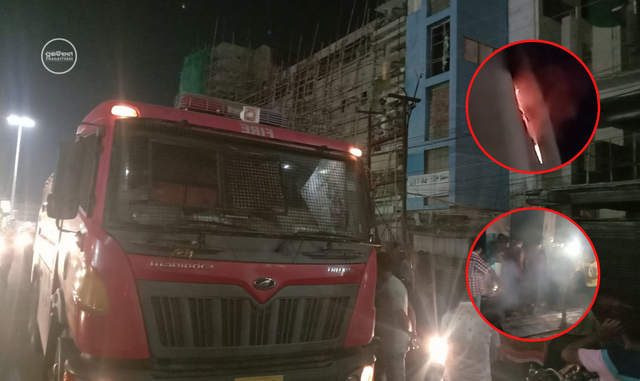 Fire Breaks Out In Cuttack Bharatia Tower, No Casualty

Cuttack: A massive fire broke out at Bhartia Tower, a major commercial establishment in the busy Badamabadi square here, due to suspected short circuit on Friday. The blaze engulfs the fifth floor of the building after a room in the same floor caught fire due to electric short circuit.

While no exact reason for the fire was known immediately, short circuit suspected it to be cause behind the mishap. No casualty or injuries have been reported.

On being informed, a team of fire personnel rushed to the spot and doused the inferno. After an hour-long battle, the fire service personnel successfully brought the situation under control.

According to reports, a family which was engaged in the maintenance of the big building resided on the fifth floor. The room first caught the fire which spread to other areas soon

Several documents, gadgets and other materials were gutted. The value of the gutted has not yet been estimated.