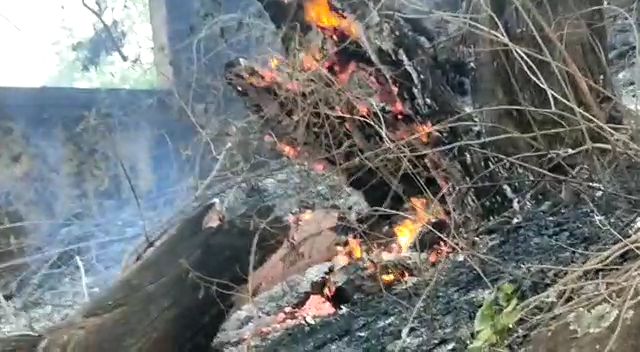 Fire breaks out at Sunabeda hill

Semiliguda: The major fire broke out at CCBF Sindi Hill near a dairy farm in Sunabeda Municipality of Koraput district on Wednesday afternoon.

According to the latest reports, the fire continued for more than eight hours but no forest officials or firefighters arrived at the scene to contain the blaze.

When asked over the telephone, the local forester Mr. Patnaik said: “We aren’t responsible for fire erupting in the hill and the personnel can’t keep vigil all the time.” He added that the fire will douse on its own.

While the forest department is stepping up measure to curb fire incidents, the careless attitude of government officers have led to such situation, activists alleged.

Alert locals have alleged that a special committee that was formed to address the forest fire issue, it is yet to become functional.

“You don’t need a muscular body to hit sixes,” Miller