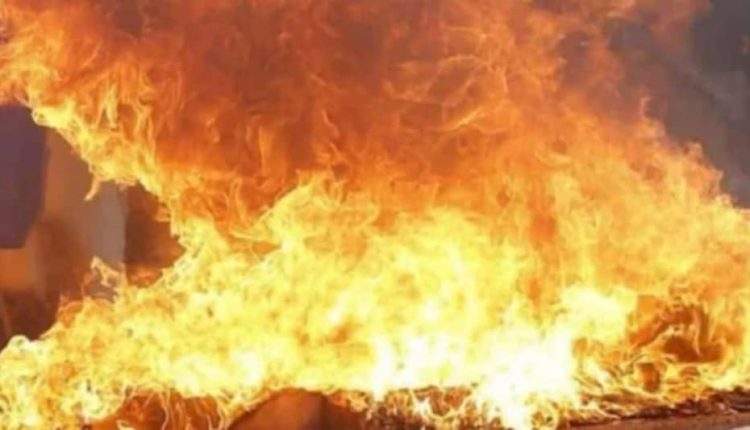 Bhubaneswar: Electric scooters worth lakhs were damaged after a major fire broke out at its service centre late last night.

The incident was reported from Bomikhal area of the State capital.

According to sources, the matter came to light after some locals initially spotted smoke billowing out of the service centre and contacted the Fire Services department. Fire Services personnel rushed to the spot and doused the flames.

Fortunately, no casualty was reported as the service centre was closed at the time of the incident.

Though the exact reason behind the mishap was yet to be ascertained, it is being suspected that electrical short circuit might have led to the outbreak of fire.

Bombs Hurled At Bar In Bhubaneswar