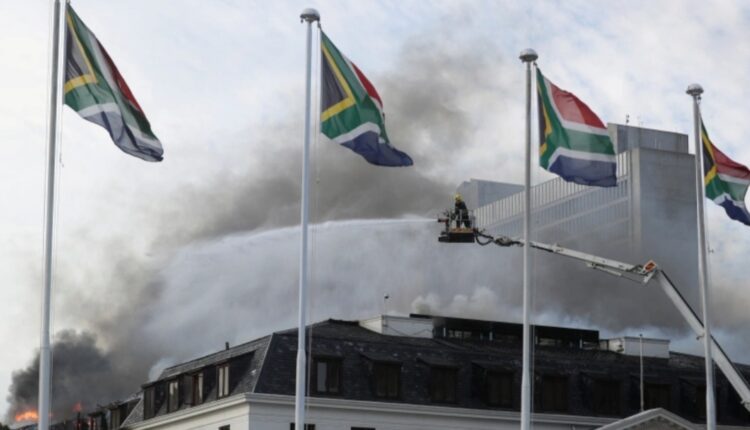 Cape Town: The fire that has already completely destroyed South Africa’s main Parliament chamber flared up again on Monday, about 36 hours after it started in the 130-year-old complex of historic buildings, authorities said.

Police have charged a 49-year-old man with arson and other offences including theft and he was expected to appear in court on Tuesday.

The speaker of the National Assembly said arson if confirmed, would represent an attack on the country’s democracy.

Boy hit by bullet during CISF training succumbs to injury