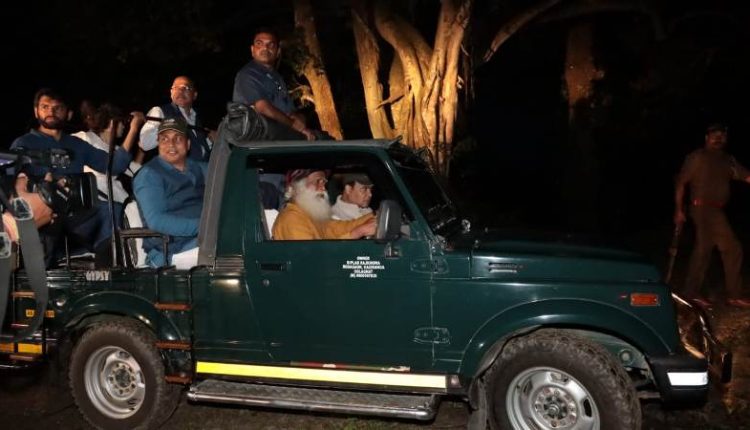 Assam: An FIR has been lodged against spiritual leader Sadhguru and Assam chief minister Himanta Biswa Sarma over alleged violation of jeep safari rules at the Kaziranga national park.

The FIR was filed at the Bokakhat police station in Golaghat district of Assam by the people residing near the Kaziranga national park.

The police has informed that an inquiry into the matter has already been initiated.

Sadhguru, who arrived at Kaziranga to inaugurate the three-day Chintan Shivir organized by the Assam government, on Saturday night led a jeep Safari from Mihimukh.

The spiritual guru went on the night Safari in the central range of the national park with Chief Minister Himanta Biswa Sarama, Tourism Minister Jayanta Malla Baruah and top officials of the park and the forest department.

Sources said as per protocol, Safari is not allowed inside the park after sunset as it causes trouble to the wildlife.

According to the website of the Kaziranga National Park, the jeep and elephant safari is conducted in the park from 8 am to 10 am and 2 pm to 4 pm only.

An official of KNP said on condition of anonymity that nobody except park officials and staffers is allowed inside the park after 5 pm.