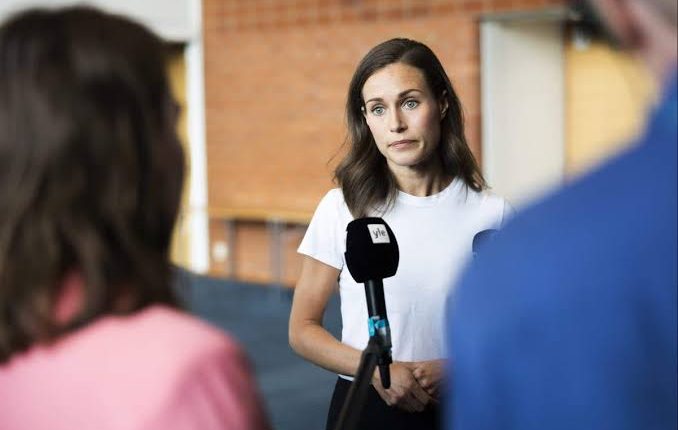 Finland: A video of Sanna Marin, Prime Minister of Finland, has sparked a controversy after she was seen partying with some people. In the clip, that has been widely shared on social media platforms, Ms Marin is dancing with a group of people in what appears is a private apartment.

It is being said that the video was initially uploaded on Instagram Stories after which it got leaked and went viral.

Finland’s Prime Minister @MarinSanna is in the headlines after a video of her partying was leaked today.

She has previously been criticized for attending too many music festivals & spending too much on partying instead of ruling.

The critics say it’s not fitting for a PM. pic.twitter.com/FbOhdTeEGw

Finland’s prime minister said Thursday she would have no problem with taking a drug test after a video of the 36-year-old partying sparked criticism.

“I have nothing to hide. I have not used drugs and therefore I have no problem taking tests,” Marin told reporters Thursday.

She said she was “spending an evening with friends” and that the videos were “filmed in private premises.”

Marin’s dancing in the video has been criticised by some as inappropriate behaviour for a prime minister, while others have defended her right to enjoy a private event with friends.

The prime minister told media that alcohol was consumed at the party, but denied taking drugs or witnessing drug use by any attendees.

She has had the support of her party, with Antti Lindtman, head of the Social Democratic Party’s parliamentary group, who told media he “can’t see any major problem with dancing at a private event with friends.”

Whether Marin should take a drug test, is “a matter for the prime minister’s own assessment,” he continued.