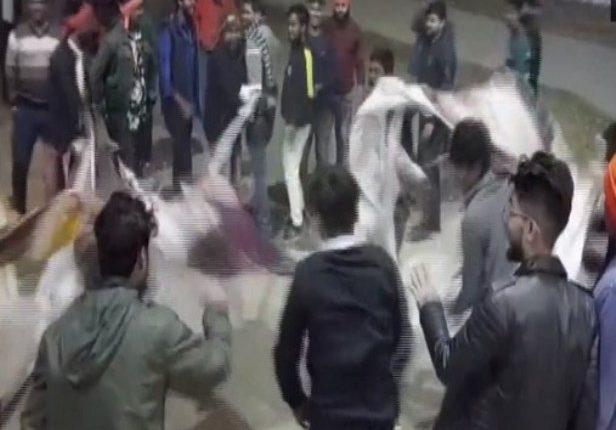 Bhagalpur (Bihar): Posters of the film ‘Pathaan’ was torn and burnt outside a cinema hall in Bihar’s Bhagalpur on Tuesday, a day before its release.

The youth of Hindu organizations tore the posters in the cinema hall and set it on fire, raising slogans of ‘Film Chalega Hall Jalega’.

“The youth said that Hindutva cannot be compromised. Any element that opposes the Sanatan culture will not be tolerated in Bhagalpur including the whole of India,” said the members of the Hindu organisation.

The members of the organisation added that if Pathan is shown in any theatres of Bhagalpur, it will be strongly opposed.

The manager Lalan Singh said that some anti-social elements have burnt the posters opposing the movie.