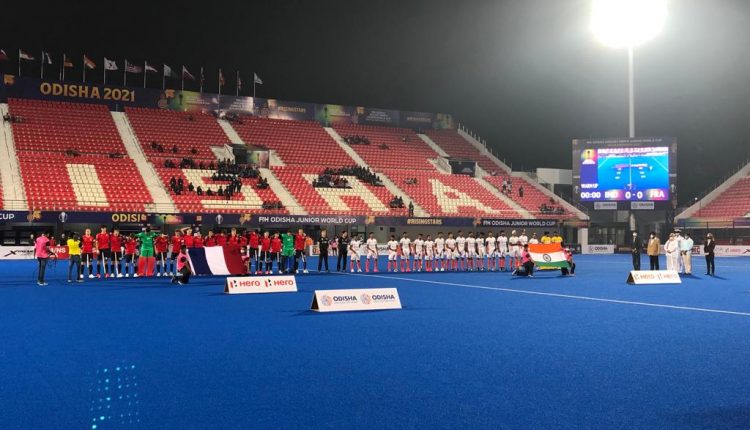 Bhubaneswar: The FIH Odisha Men’s Hockey Junior World Cup 2021 commenced at the iconic Kalinga Stadium in Bhubaneswar on Wednesday with Belgium taking to a victorious start with a win against South Africa in the inaugural match of the tournament 5-1.

In the meantime, defending champion India is taking on France to begin their world cup journey in the fifth match in the inaugural tonight. An inaugural ceremony was also held in the evening wherein Odisha Governor Prof. Ganeshi Lal unveiled the trophy of the tournament. This follows a mesmerizing fireworks in the skyline of Kalinga Stadium.

The 12-day long world cup which started from today will continue till December 5. It will see the participation of 16 teams who were gathered here in Bhubaneswar to lock horns with each other to claim the coveted world title. All the teams were divided into four pools having four teams each.

The pool games is scheduled to be continued till November 28 while the qualifier round will commence from November 30th. The final will be held on December 5. All the matches will be played at Kalinga Stadium in Bhubaneswar during the 12-day long sporting extravaganza.

India, US Agree On Transitional Approach On Equalisation Levy 2020

Plus III Student Found Hanging Inside Hostel In Bhubaneswar