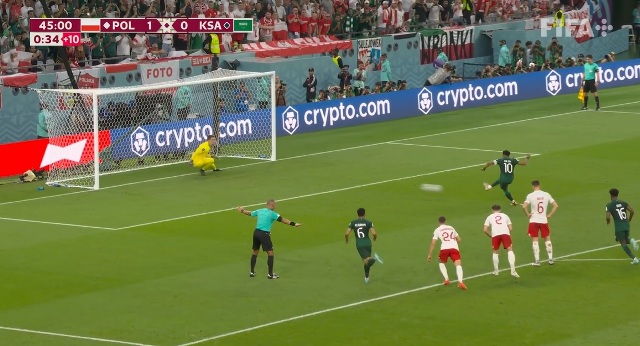 Al Rayyan( Qatar):  Robert Lewandowski starred with a goal and an assist as Poland defeated Saudi Arabia 2-0 in a Group C matchof the FIFA world cup at the Education City Stadium on Saturday.

The Poland skipper set up his team’s opening goal which was converted by Piotr Zielinski in the first-half, before scoring his first-ever World Cup goal late in the second-half that gave his team all three points.

With the emphatic victory, Poland moved to the top of Group C, with Mexico set to square off against Argentina later in the day.

A first-half headed goal by Mitchell Duke helped Australia carve out a fighting 1-0 win over Tunisia and kept their qualification hopes on track at the FIFA World Cup.

In the Group D match played at Al Janoub Stadium, Duke produced the only goal of the match in the 23rd-minute strike and helped the Socceroos’ to collect their first points of the football showpiece event.

The Socceroos’ had to withstand some late pressure to secure a win and head into their final Group D clash with Denmark with all to play for. The win ended Australia’s seven-match winless run and claimed their first FIFA World Cup win in over 12 years.

Coach Graham Arnold’s team had fallen to defending champion France in their first match losing 4-1, after having scored the first goal of the match, only to find their defense caved in four times in the match against the rampaging Frenchman.