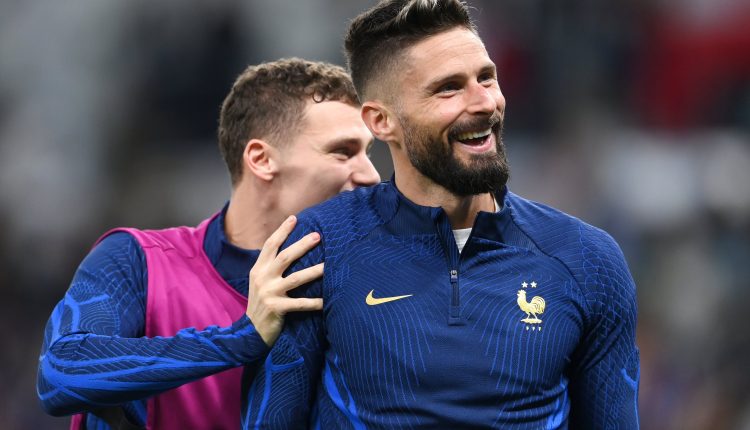 France beat Poland 3-1 in the Round of 16 match of the FIFA World Cup 2022. Two goals from Kylian Mbappe and one goal from Olivier Giroud help France seal their quarterfinals spot.

Olivier Giroud became the top goal scorer for France as he scored the opening goal in the FIFA World Cup Round of 16 match against Poland on Sunday at Al Thumama stadium in Qatar.

The AC Milan striker’s 44th-minute goal game gave France the lead that they carried through half-time. France struck the second time in the 75th minute as Kylian Mbappe launched a brilliant right-foot finish into the goal past Polish goalie Wojciech Szczęsny.

This was Mbappe’s fourth goal in this World Cup, giving him the lead over Lionel Messi, Cody Gakpo, Marcus Rashford, and Alvaro Morata — all with three goals to their names.

Mbappe’s heroics continued as he beat Szczęsny again to score his fifth goal of the tournament in the 90th minute. With this, Kylian Mbappé became the first player in history to score nine goals in World Cup matches before his 24th birthday.

The match also saw an unusual stoppage as France’s right back Jules Kounde was pulled up by the linesman in the 42nd minute and asked him to take off a gold chain that he was wearing around his neck. According to Rule 4 of International Football Association Board regulations, “All items of jewellery (necklaces, rings, bracelets, earrings, leather bands, rubber bands, etc.) are forbidden and must be removed. Using tape to cover jewellery is not permitted.”

The 36-year-old Giroud scored the 52nd goal of his career in his 116th international appearance, surpassing Thierry Henry’s record of 51 goals in 123 games. The goal helped France seal a berth in the quarterfinals where they will meet the winner of the Senegal-vs-England game later tonight.