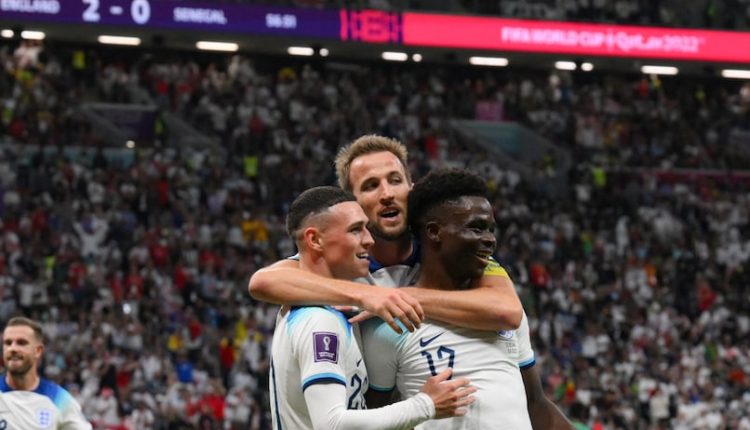 Qatar: England set up their quarterfinal fixture against defending champions France by defeating Senegal in their Round of 16 match on Sunday, 4 December at the Al Bayt Stadium in Doha. Captain Harry Kane ended his goal drought at the FIFA World Cup 2022 with a strong finish late in the first half of the game.

Jordan Henderson, Harry Kane and Bukayo Saka scored for the English side against the African champions in another goalfest for them. Impressive England have now scored 12 goals in the tournament, equalling their best ever World Cup total achieved in the last edition in Russia.

Senegal had their chances in the first half, with England struggling to make an impact in the opposition’s final third before Henderson broke the deadlock in the 38th minute. Before the African side could settle down, Kane opened his account in Qatar with a goal in the first half stoppage time. And Saka’s goal, his third of the tournament, in the 57th minute sealed the game for England.

The victory extended England’s all-time unbeaten run against African teams to 21 games, including eight in World Cups. Morocco, who face Spain on Tuesday, are now the only African team left in the tournament.