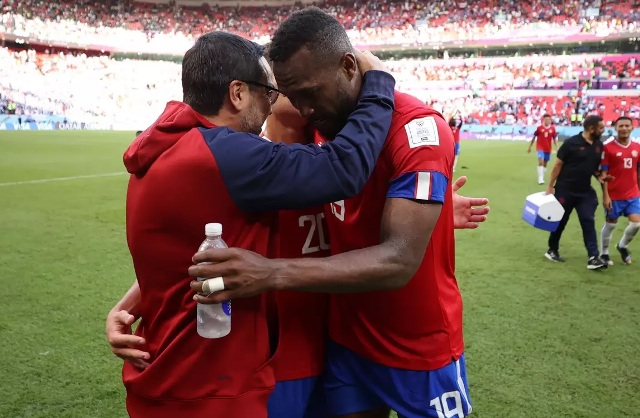 Al Rayyan (Qatar): Costa Rica picked themselves up off the floor to snatch a late victory over Japan at the Ahmad Bin Ali Stadium in Sunday’s opening fixture.

Humiliated 7-0 by Spain in their first match, Luis Fernando Suarez’s side showed impressive character to bounce back and snatch the three points through a goal in the 81st minute by Fuller. The old saying about football being a rollercoaster applies just as equally to Japan who missed the opportunity to book their place in the last 16 as they fell to earth with a bang after their opening win against Germany.

The game lacked a spark in a subdued first half but Japan coach Hajime Moriyasu responded by sending on Takuma Asano and Hiroki Ito in place of Yuto Nagatomo and Ayase Ueda and his side stepped up a gear straight away. They had three attempts inside five minutes after the restart, notably a strike from Hidemasa Morita which Keylor Navas palmed away.

As for Costa Rica, their attacking threat was limited. They had no shot on target in their first game against Spain and here had to wait until the 81st minute when Fuller struck. Japan failed to clear their lines and he profited by beating the goalkeeper with a lob from just inside the box.

The closest Japan came to an equaliser was in the 88th minute when Morita cut the ball back for Daichi Kamada whose low shot was blocked by Navas, with Costa Rica surviving the goalmouth scramble that followed.