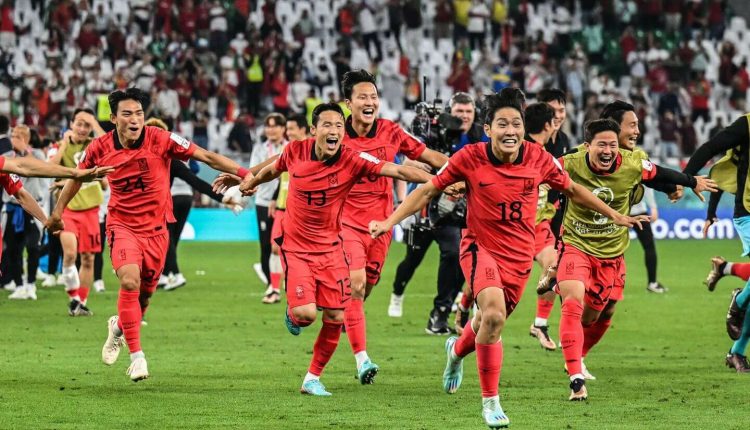 Hwang ran Son Heung-min’s pass in the 91st minute to round off a counter-attack and start wild celebrations from his side’s fans in the stands.

South Korea will play Brazil on Monday for a place in the quarter-finals.

South Korea left it late but ultimately fulfilled their side of the bargain against already qualified Portugal before enduring an agonising wait to see if their place in the knockout stages was confirmed.

Portugal took the lead inside five minutes with Ricardo Horta’s goal, but Korea kept their composure in their do-or-die match and Kim Young-gwon scored the equaliser in the 27th minute. With Uruguay already 2-0 up against Ghana at halftime break, Korea needed a goal to progress further in the second half. And the winner came late in the stoppage time with ‘supersub’ Hwang Hee-chan putting Korea ahead of Uruguay in the knockout race.

The Wolverhampton Wanderers’ forward slipped in the winner in the 91st minute at Education City Stadium in Qatar to spark delirium and tears among the Korean fans.

Talisman Son Heung-min, who set up the winner, collapsed to the floor and lay on his back on the turf at the final whistle. He had tears in his eyes.

The Korean players then stood in a huddle on the pitch watching the Ghana v Uruguay match on a mobile phone as they awaited their place in the last 16 to be confirmed.