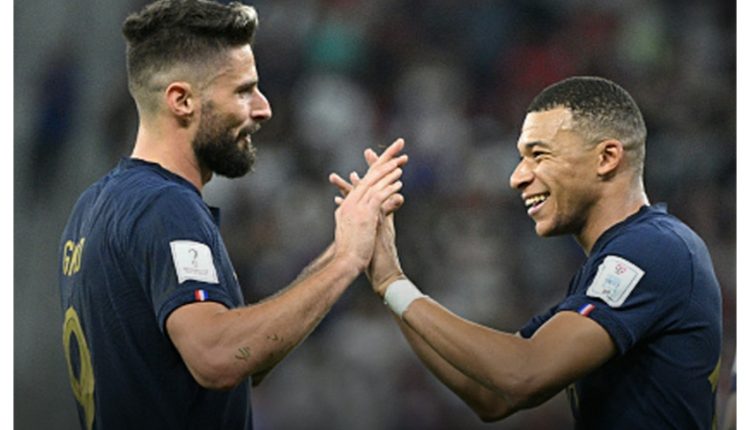 Qatar: It was a record-breaking night for France’s shining star Kylian Mbappe and veteran Olivier Giroud as they wrote yet another chapter in their record books. While Mbappe is leading the race for the Golden boot, Giroud is now the all-time top scorer for France at the international level. The record-breaking duo was at the center stage on Sunday as they helped France to a cruising 3-1 win against Poland to book a place in the last eight.

After scoring in the 44th minute, 36-year-old Giroud is now the leading goal scorer for France having overtaken Thierry Henry. Giroud now has 52 goals at the international stage eclipsing the 51-goal record by Henry. The AC Milan man like henry has won the majority of the club and international honours in his career and has added another feather to his impressive cap.

Giroud had earlier scored a brace in France’s opening World Cup match against Australia. The brace saw him go level with Henry and yesterday’s goal now means he is the outright top scorer in the competition.

Already a World Cup winner Kylian Mbappe is emulated to be the next big thing in the world of football and has broken yet another record. On Sunday the 23-year-old scored two goals to take his tournament tally to five for the 2022 edition and a total of nine for the two World Cups combined. The Paris Saint-Germain man is now the highest goal scorer in the history of the FIFA World Cup below the age of 24. Brazilian legend Pele held the record before him, who is facing serious health issues these days.

With nine strikes in the history of the World Cup, Mbappe is already a legend of the game and had previously broken another of Pele’s records in 2018. In the final of the 2018 edition of the FIFA World Cup, Mbappe was the youngest scorer in a final since the Brazilian legend. He also has as many goals as Messi and Maradona to underline his legacy.