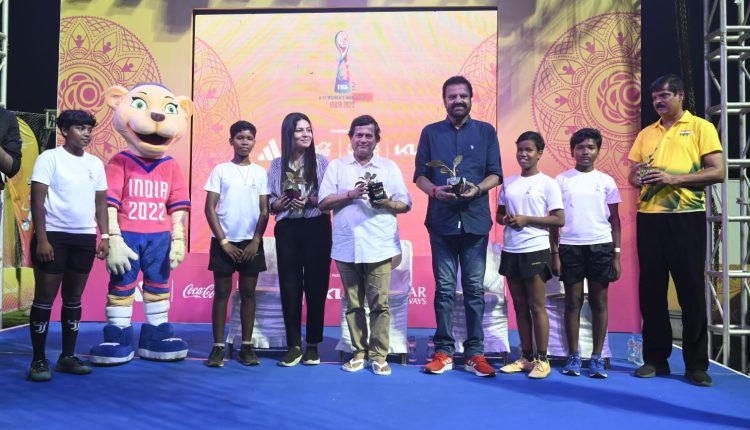 Bhubaneswar: The inaugural Odisha edition of the Kick Off The Dream™ Football Carnival, a special legacy initiative of the Local Organising Committee (LOC) of the FIFA U-17 Women’s World Cup India 2022™, was held at the KIIT University Cricket Ground in Bhubaneswar on 21st May 2022.

The carnival was graced by the attendance of Shri. Achyuta Samanta, Honorable Member of Parliament and Founder, KIIT and KISS; G E Sridharan, Arjuna and Dronacharya Award winner and former India national volleyball team player; along with other dignitaries from the state and Project Director, LOC FIFA U-17 Women’s World Cup India 2022, Ms. Nandini Arora.

The carnival saw the participation of more than 500 children. 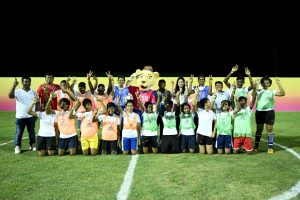 Speaking on Odisha hosting the first Kick Off The DreamTM Football Carnival,  Shri. Tusharkanti Behera, Honorable Minister of State (Independent Charge), E & IT, Sports & Youth Services, Government of Odisha said, “The nature of this Kick Off The Dream™ Football Carnival is one of celebration and learning. Through its various activities, children are engaging with the game and each other in a positive manner. Football has the power to create leaders and empower all members of society. This carnival leverages those inspiring aspects of the beautiful game in normalising inclusivity in the minds of children”.

The kids participated in the various activities with great excitement, enthusiasm and happiness. The highlights of the day included a header challenge, a football-style dart board challenge, a freekick challenge, and kids lending expression to their creativity on canvas through brush and colours. A 5-vs-5 football challenge was also organized, in which multiple teams engaged in healthy competition.

Ibha™, the official mascot of the 2022 edition of the biennial youth tournament, was present to encourage the kids to outdo themselves in the various activities and was an instant hit, keeping the shutterbugs busy. Adding further glamour to a special evening was one of India’s finest freestylers who bedazzled all attendees with his slick footwork and mesmerising skills. 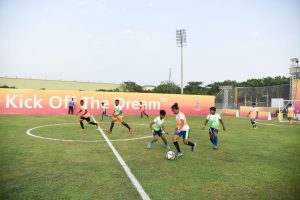 “We are extremely pleased to be able to host the Kick Off The Dream™ Football Carnival in India’s sports capital. In its three previous editions, we were overjoyed with the carnival’s success and that fulfilling experience has only heightened after watching so many children enjoy themselves by participating in the various games and activities. It was particularly pleasing to see gender-inclusivity in the turnout and we are convinced of making a positive impact through such events en route to the FIFA U-17 Women’s World Cup™,” said Nandini Arora.

Since its pilot in April 2022, the Kick Off The Dream Football Carnival™ has engaged over 2000 children and mothers across four venues in Maharashtra, Goa and Odisha. More editions of the carnival will be hosted in the lead up to the FIFA U-17 Women’s World Cup™ in October this year.