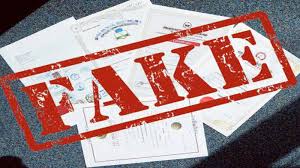 Sambalpur: As many as three teachers have resigned from the service in Rairakhol of Sambalpur district today fearing government action for possessing fake educational degrees.

Later, they were asked to appear with the original certificates as it was doubtful about the educational qualifications and credentials submitted when applying and joining the job.