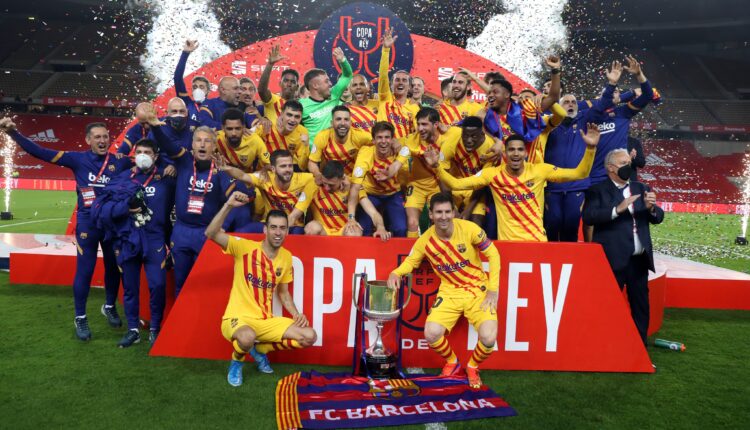 After two seasons in which Barça missed out on the Copa del Rey title, Ronald Koeman’s side have claimed victory once again in the final for the 31st time in FC Barcelona history, a 4-0 win over Athletic Club in La Cartuja stadium in Seville handing them the trophy.

Frenkie de Jong headed in a second goal in the 63rd before Messi dealt a double blow to put the result beyond any doubt by the 72nd.

It is Barcelona’s first title since winning the Spanish league in 2019.

Barça are the most successful club in Copa del Rey history with 31 victories in the competition. In the last 13 seasons their dominance in the cup has been complete with seven titles in that time in 2009, 2012, 2015, 2016, 2017, 2016 and 2021. Furthermore, in that time the blaugranes have also been runners up on three occasions.

The 31st Copa del Rey title for Barça means they are now eight ahead of their nearest rival, beaten finalists Athletic Club, who have won the cup on 23 occasions. Following the Basques come Real Madrid on 19, Atlético Madrid on 10 and Valencia on 8.