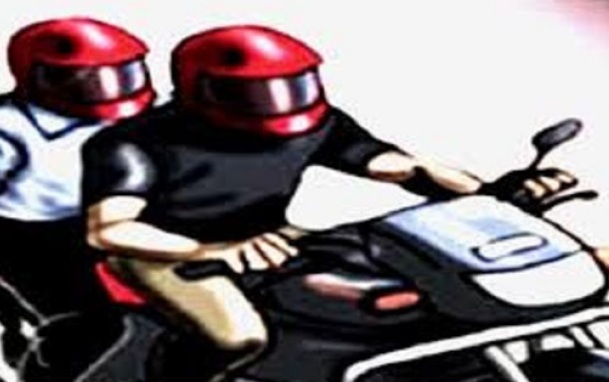 Ganjam: A father-son duo sustained injuries after being attacked by masked miscreants who were planning to rob gold ornaments from them. The incident has been reported from Digapahandi area of Ganjam district.

The victims have been identified as Debendra Patra and his son Madhusudan.

According to sources, the incident occurred late last night while the father-son duo was returning after closing their jewellery store when bike-borne miscreants tailed them and attempted to snatch a bag filled with ornaments.

However, failing to grab the bag due to Madhusudan’s tight grip, one of the robber pelted a bomb on the duo.

While the explosive took time to burst, the assailants attacked them with a sword.

Hearing the screams of the duo, locals rushed to spot. Scared of being caught, the attackers fled from the spot.

The injured has been admitted to Digapahandi CHC. On being informed, police reached the spot and initiated a probe into the matter, sources added.