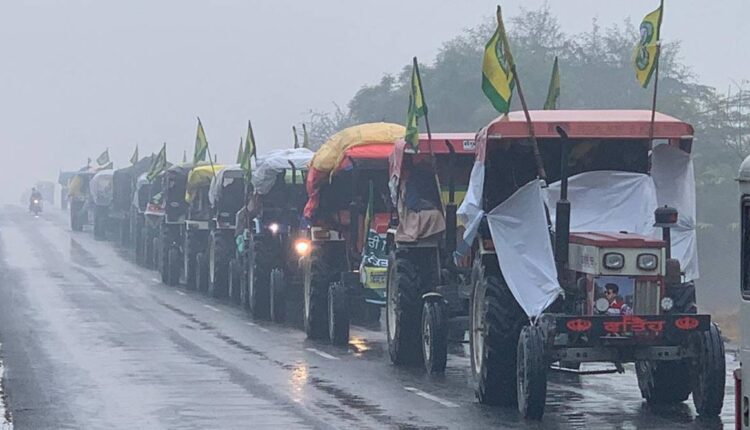 New Delhi: A day after talks with the Centre remained inconclusive, farmer unions protesting against the new agriculture laws said they would hold a “tractor march” on the Eastern and Western Peripheral Expressways on January 7, as a “rehearsal” for January 26.

Farmers unions demanding the repeal of the three new farm laws and the procurement of crops at the Minimum Support Price (MSP) will be taking out ‘Tractor March’ announced by the Samyukta Kisan Morcha today.

Farmers leaders have already said that the ‘Tractor March’ would be a trailer of the ‘Republic Day Parade’ scheduled on January 26.

Noida Police has also announced that there will be diversions on the Eastern Peripheral Expressway during the afternoon on Thursday due to the ‘tractor rally’.

Keeping the tractor rally in mind, vehicles will not be allowed to get on the eastern peripheral expressway from Beel Akbarpur and Sirsa cut towards Palwal from 12 pm to 3 pm. Similarly, vehicles won’t be allowed on the expressway from Sirsa Cut and Beel Akbarpur towards Sonipat from 2 pm to 5 pm and will be diverted, the police said in a statement.

US Capitol locked down as Pro-Trump Mob Clashes With Police, 1 Dead: Reports