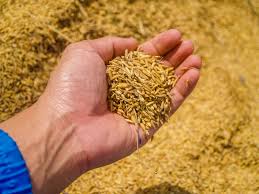 Bhadrak: Worried over the delay in procurement of paddy, several farmers today staged a road blockade on NH-53 in Anandpur area of Bhadrak district.

The agitation has been called by “Ganijanga Seba Samabaya Samiti”.

According to sources, Protesting the misappropriations and mismanagements at the mandi, farmers have resorted to protest. Sources said resentment is brewing among farmers across the district due to the same.

Vehicular traffic on the busy road was affected as scores of vehicles remained halted on both sides of the NH.

Domestic air travel gets expensive! DGCA raises limits on Airfare up by 10-30%