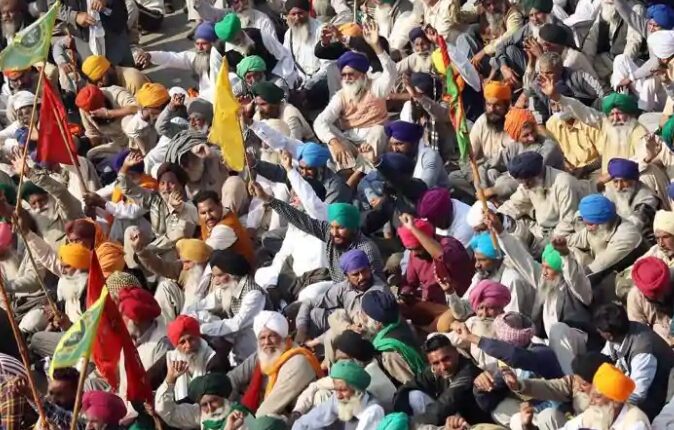 New Delhi: Punjab farmers, who are protesting against the Centre’s new farm laws, rejected Union home minister Amit Shah’s proposal for an early discussion on their grievances, conditional to their moving to a designated protest site.

On Saturday, Union Home Minister Amit Shah had assured the protesters that the government was ready to deliberate on “every problem and demand”.  The Centre, he said, will hold talks with the farmers’ unions on December 3 and if they want discussions before that, they will have to shift their protest to a designated venue.

He said the unions have asked the central government to withdraw these black laws, FIRs registered against them and release farm leaders arrested during the farm agitation.

Thousands of farmers protesting the Centre’s agriculture laws stayed put at the Singhu and Tikri border points for the fourth consecutive day on Sunday amid heavy police presence even after being offered a north Delhi ground to hold peaceful demonstrations.

After battling water cannons, tear gas and police barricades for three days during the journey through Haryana, thousands of farmers had reached Delhi borders on Friday. Those who managed to enter the city are camping at a ground in north Delhi. Others remained at the border. Thousands of farmers, living in trucks, tractors and other vehicles, refused to budge at the Singhu and Tikri borders.

The farmers have been up against the farm laws, which have allowed them to bypass middlemen and sell directly to any market anywhere in the country. The farmers say the new laws will lead to phasing out of the existing system where they are assured of fixed prices from the government. The new system, they say, will also leave them at the mercy of the big corporates.