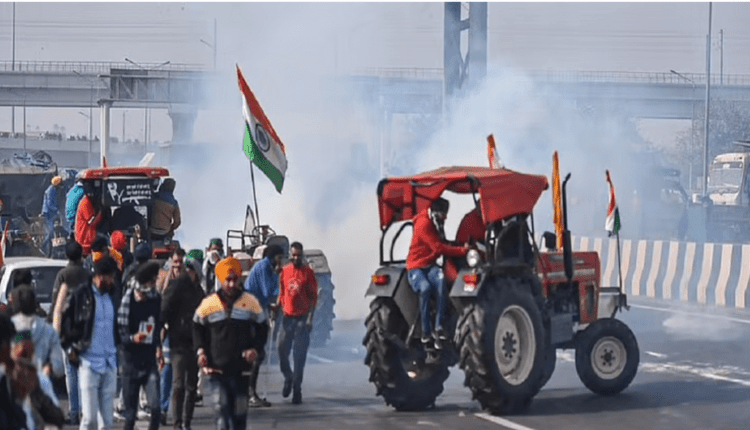 New Delhi: Security was beefed up at the Delhi borders where thousands of farmers have been protesting against the new farm laws.

Meanwhile, entry and exit gates of Lal Quila metro station are closed. The Delhi Metro Rail Corporation (DMRC) said on Thursday normal service is available on all other stations.

The entry gates of Jama Masjid metro station are also closed. The police deployment has been increased at the Delhi borders after farmers’ tractor rally on Republic Day turned violent in the national capital.

The UP Police said no bullet injuries were found in the postmortem report of the farmer who died in Rampur. The farmer died after the tractor toppled on the road.

Delhi Traffic Police on Thursday said normal traffic movement was seen on NH-24 as the route connecting Delhi with Ghaziabad was opened.