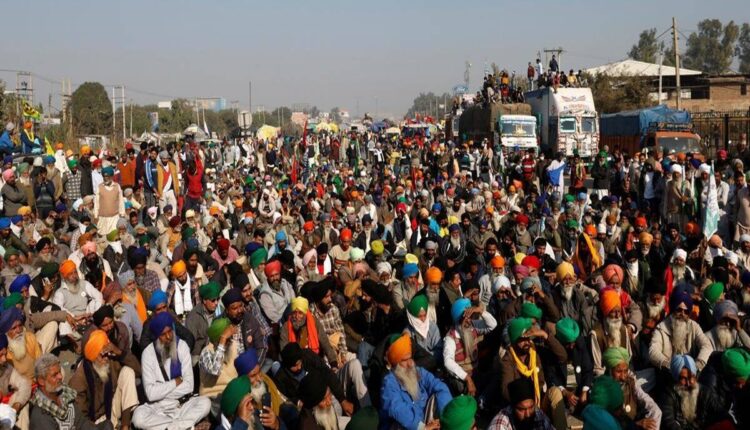 New Delhi: Urging the government and farmers’ organisations to resolve the impasse over new Agri laws, industry body ASSOCHAM said on Tuesday that the ongoing protests are dealing a big blow to inter-connected economies of the region, including Punjab, Haryana and Himachal Pradesh.

Though the economies of these states are predominantly based on agriculture and horticulture, several industries liked food processing, cotton textiles, automobiles, farm machinery, IT have became their lifeline. Besides, vibrant services sectors including tourism, trading, transport, and hospitality have added to the strength of the region, known for their enterprising farmers, entrepreneurs, and innovators.

The size of the combined economies of Punjab. Haryana. Himachal Pradesh and J&K is about Rs 18 lakh crore. With the ongoing farmers’ agitation and blockade of roads, toll plazas and railways, the economic activities have come to a halt. Industries such as textiles, auto components, bicycles, sports goods which cater significantly to the export markets would not be able to fulfil their orders, ahead of Christmas, harming our goodwill amongst the global buyers,” ASSOCHAM President Dr Niranjan Hiranandani said.

A daily loss of Rs 3,000-3500 crore is resulting in the economies of the region from the value chain and transport disruption because of the protests, according to ASSOCHAM rough estimates.

“The already broken supply-chain which was recovering post the pandemic-induced lockdown has come under severe stress,” CII mentioned in a statement.

Amid the protest by farmers on Delhi borders against the Centre’s new agri laws, Prime Minister Narendra Modi will meet members of the farming community, including Sikh cultivators in Gujarat, during a visit to Kutch district on Tuesday.

An umbrella body of farmers on Monday rendered an apology with “folded hands” to people for the inconvenience caused to them with some key roads blocked for several days now due to their protest but said they were carrying out the demonstration “out of compulsion”. Farmers who were on a day-long hunger strike at the Singhu border broke their fast on Monday evening and said they are not Aatankwadi (terrorists) but Hakwadi (fighting for rights).

Bharatiya Kisan Union leader Rakesh Tikait has alleged that Uttar Pradesh and Uttarakhand police were “torturing” farmers by seizing their tractor trolleys to stop them from joining protests. He threatened to block the Ghazipur border if the farmers from the two states were not allowed to join the agitation.

Amidst the protest, Delhi Chief Minister Arvind Kejriwal and his counterpart Captain Amarinder Singh are engaged in a war of words. Singh alleged that Kejriwal sold off the interests of farmers. Kejriwal responded to his allegations and said that Singh was part of the committee which drafted the Farm Bills.

Farmers’ protest has entered the 20th day. Since November 26, thousands of farmers are protesting on the outskirts of Delhi against the Farmers (Empowerment and Protection) Agreement of Price Assurance and Farm Services Act, 2020; the Farmers Produce Trade and Commerce (Promotion and Facilitation) Act, 2020; and the Essential Commodities (Amendment) Act, 2020. They are demanding that these laws, which were enacted in September, be repealed.