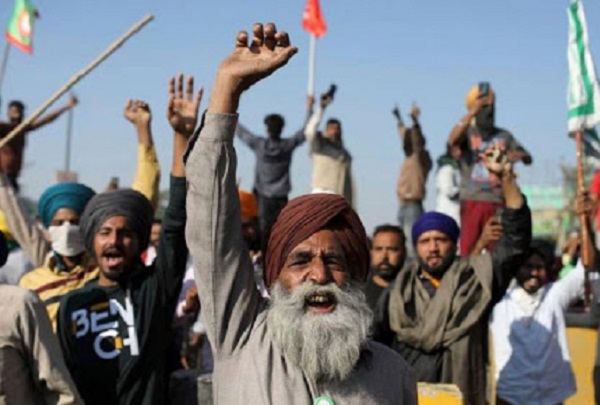 Leaders of the farmer groups had met representatives of the Centre, led by Union Agriculture Minister Narendra Singh Tomar, Union Minister for Commerce Piyush Goyal and Minister of State for Commerce Som Prakash on December 5 for the fifth round of talks to end the deadlock over the new farm laws. However, the five-hour discussion broke down on the core issue – repeal of the laws.

After the meeting Agriculture Minister Narendra Singh Tomar said the centre remains committed to finding a solution and urged farmers to scale down their protests outside Delhi by sending the elderly and children home.

A sixth meeting will take place on Wednesday, at which a fresh proposal from the centre will be tabled.

Between now and then the farmers will hold an all-India bandh on Tuesday to keep the pressure on the central government.

Hours after Tomar appealed to farmers to scale down their protests more of them rolled up to the Delhi border, where thousands have set up camp after being held back by police barricades for over a week now.

It is worth mentioning here that the farmers are protesting against the Farmers’ Produce Trade and Commerce (Promotion and Facilitation) Act, 2020, the Farmers (Empowerment and Protection) Agreement on Price Assurance and Farm Services Act, 2020, and the Essential Commodities (Amendment) Act, 2020.

Sara Ali Khan Shares Workout Video, Says “When in doubt, You must workout”

DGCA Issues Guidelines To All Airports Amid Rising Bird-Hit Incidents