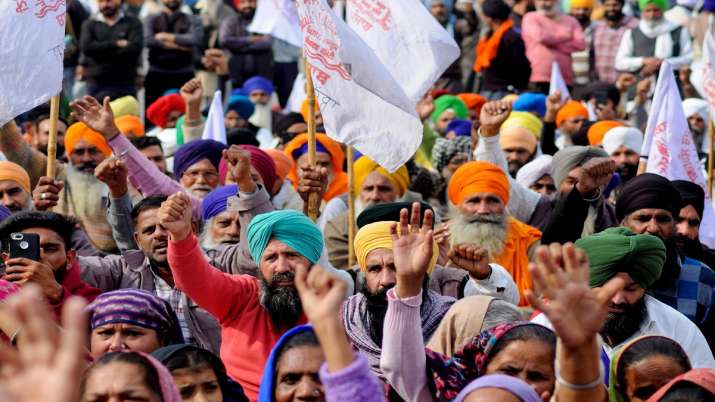 New Delhi: The agitating farmers on Wednesday burnt copies of the Centre’s three agriculture laws on the occasion of Lohri as a mark of protest against the farm laws.

Reports said several copies of the laws were published and distributed among the peasants in Punjab and Haryana to burn them in villages during the festival.

Lohri is a famous Punjabi winter folk festival celebrated mostly in north India, primarily in Punjab to mark the end of winter and the onset of the spring season.

People light bonfires as they sing and dance together to celebrate the occasion. The apex court on Tuesday put the implementation of the controversial farm laws on hold. It has set up a four-member committee to find a solution to break the impasse between the Centre and the agitating farmers.

Meanwhile, Sankyukt Kisan Morcha, an umbrella body of nearly 40 protesting farmer unions, has called an urgent meeting later in the day to discuss their next course of action.

Sale And Use Of ‘Manja’ Kite Strings Banned In Cuttack City