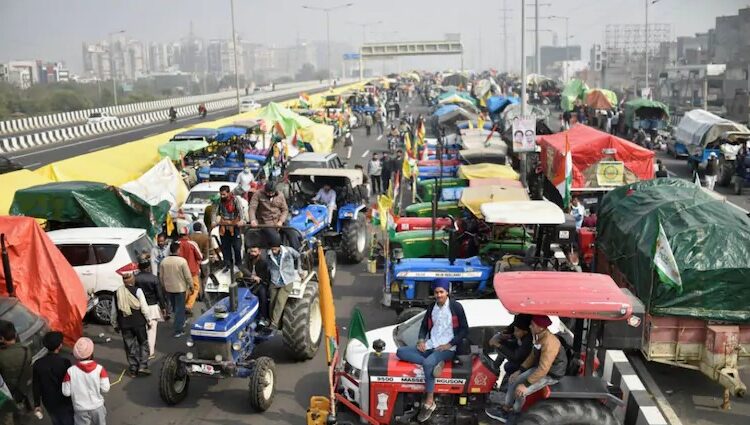 Farmers break through police barricades ahead of Tractor rally

New Delhi: As the farmers protesting against the new agricultural laws entered Delhi ahead of the huge tractor rally, police barricades were knocked down near the outskirts of the national capital.

Farmers at Delhi’s three protest sites — Singhu, Tikri and Ghazipur border points will take out a massive tractor rally against the farm laws. The routes will cover over 100 kilometres of distance in the national capital.

A day ahead of the farmers’ big tractor rally on Republic Day, one of the key participants – the Kisan Mazdoor Sangharsh Committee – declared that it would not stick to the route agreed upon by the Samyukt Kisan Morcha and the police. Their parade, the group said, will approach Delhi’s Outer Ring Road, raising a possibility of conflict with the police which has chalked out the routes from three locations at the border after a series of meetings with farmers’ groups.

Huge security arrangements have been made for the rally, which will begin at 10 am after the day’s traditional parade by the armed forces on Rajpath. It will be held along the Ring Road in three parts of Delhi.  The police have said the rally cannot enter Delhi before the Republic Day parade ends.

The Delhi Police has issued detailed traffic guidelines, asking motorists to avoid the National Highway 44, and the roads to border areas including Singhu and Tikri. People have also been asked to avoid the Ghazipur Border and roads leading to National Highway 24, Road No. 56 and Apsara Border.

The farmers are holding out for a complete repeal of the laws, which they say will shrink their income and leave them at the mercy of corporates.