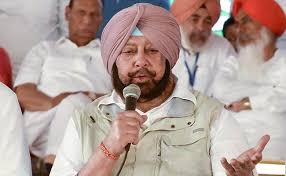 Chandigarh: Punjab Chief Minister Capt Amarinder Singh has cautioned the Centre against the designs of the Western neighbour to cause disturbance in the border state.

He said there are reports of an increase in weapons coming from Pakistan since October when the farmers began their agitation against farm laws.

Chief Minister told news agencies that Pakistan has been sending weapons through drones and is also trying to cause infiltration.

Capt  Singh said Pakistan has sleeper cells which they can activate to disrupt peaceful atmosphere in Punjab.

The Chief Minister said he has been warning the government for a long time that “Pakistan is trying to infiltrate”.