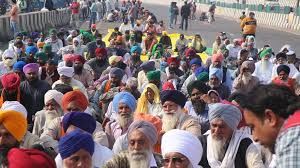 New Delhi: The Union Cabinet is expected to approve as early as Wednesday the matter of repealing the three controversial farm laws, which triggered extensive protests around the borders of the national capital for nearly a year.

According to reports citing officials familiar with the matter, the Union Cabinet will be meeting today, when it is likely to take up ‘The Farm Laws Repeal Bill, 2021’ for approval and give its official nod to the proposal to withdraw the Farmers’ Produce Trade and Commerce (Promotion and Facilitation) Act, 2020, which was passed by Parliament in September last year.

The Cabinet approval, if it is at all granted on Wednesday, will come days after Prime Minister Narendra Modi’s announcement to scrap the contentious agriculture laws. In a televised address on Gurpurab, the Prime Minister had said that his government will be repealing the three pieces of legislation; he had also personally apologised to the people of the country and acknowledged that there was a “deficiency” in attempts to convince the farmers.

Centre grants assistance for 7 scribes, 35 families of journalists under Journalist…