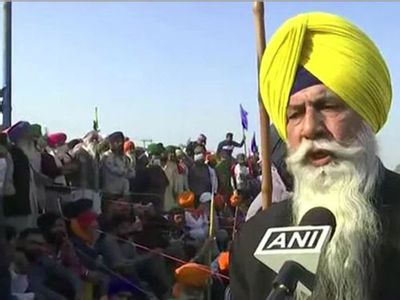 New Delhi: The Akali Dal on Sunday hit out at the Centre for “intimidating” supporters of the ongoing protest against three farm laws.

This has come as the NIA summoned Punjab farmers’ leader Baldev Singh Sirsa and 39 others for questioning in a case in connection with outlawed outfit, Sikhs for Justice (SFJ).

Reports said Sirsa and Punjabi actor Deep Sidhu are among 40 people who were summoned by the National Investigation Agency for examination as witnesses in the case under Section 160 CRPC (Code of Criminal Procedure).

Shiromani Akali Dal chief Sukhbir Singh Badal alleged that the Union government was attempting to intimidate farmer leaders and those supporting them through central agencies.

Worthwhile to mention that thousands of farmers from Punjab and Haryana have been agitating against the new farm laws at various border points of the national capital since November.

The Centre and farm union leaders have held nine rounds of talks but all of them have remained inconclusive till date due to lack of consensus. They will be meeting again on January 19 to break the impasse.