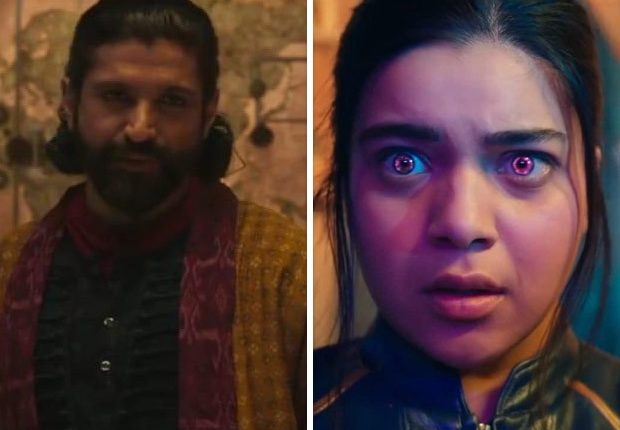 New York: The first glimpse of filmmaker and actor Farhan Akhtar in Disney+ Marvel series Ms. Marvel is here. The actor has been cast in an undisclosed role. As the show premieres today, the first look was unveiled in new trailer.

The series premiere of Ms. Marvel, an Original series from Marvel Studios, is now streaming on @DisneyPlus. #MsMarvel pic.twitter.com/GVwEt13Uk7

In the new trailer, as the first episode arrived today, the actor is seen in a traditional costume, donning a beard and long hair. He is seen smiling at someone in the trailer which has The Weeknd’s ‘Blinding Lights’ as the theme song.

Shibani is a proud wife as she took to her Instagram handle to express her pride for her hubby.

In her Instagram stories, Shibani Dandekar shared a picture of Farhan Akhtar’s tweet that read, “In gratitude Ms Marvel out tomorrow.” Sharing this tweet, Shibani wrote, “Can’t wait for this! So proud of my guy @faroutakhtar” with a heart emoji.

Ahead of the series premiere on Disney+ Hotstar on Wednesday, June 8, Akhtar penned a note of appreciation for the makers of Ms Marvel, congratulating them for mounting a show that promises to bring a “pride of self-identity” to several young children in the Indian subcontinent.

Ms Marvel, part of the Marvel Cinematic Universe (MCU), is fronted by newcomer Iman Vellani who plays Kamala Khan aka Ms Marvel, a Pakistani-American teenager growing up in Jersey City.

The show will be available in English, Hindi, Tamil, Telugu, and Malayalam.