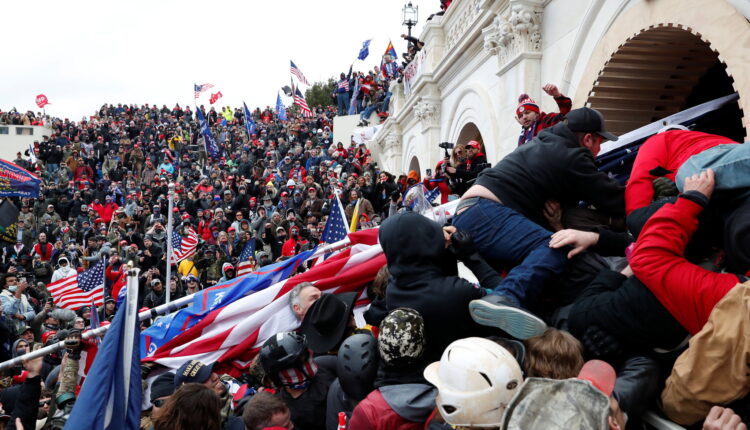 Washington: Authorities in Houston have arrested a popular far-right internet celebrity accused of live-streaming his storming of the US Capitol on January 6.

Anthime Joseph Gionet, who goes by the username “Baked Alaska” on social media, was filming as he traipsed through the halls of the building and into private offices, at one point putting his feet up on a table, at another point turning his phone around to show his own face, according to an FBI affidavit.

In a criminal complaint released on Saturday, the Department of Justice said that it had arrested “Baked Alaska,” on charges of violent entry and disorderly conduct on Capitol grounds.

Gionet is charged with unlawfully entering the building and disorderly conduct while inside.

Gionet entered the Capitol between 2 p.m. and 4 p.m. alongside a throng of Trump supporters who smashed windows, desecrated lawmakers’ offices and fought with law enforcement officials. Five people died during the riot.