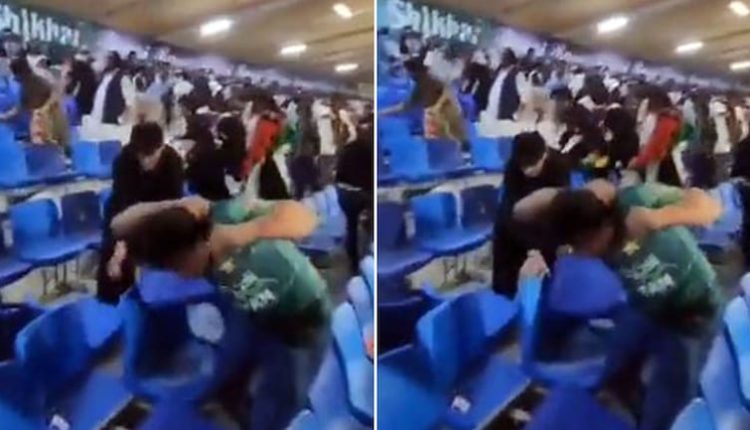 Dubai: Pakistan pulled off a thrilling one-wicket win over Afghanistan as Naseem Shah smashed two last-over sixes in their Super Four encounter in Sharjah on Wednesday.

The clash took an ugly turn as supporters of both teams hit each other with chairs. In a video, a man can be seen hitting another person wearing a Pakistani jersey with a chair.

Afghan fans allegedly hit Pakistani fans at the stadium after their team was defeated in the Asia Cup.

Pakistan held their nerve in a low-scoring thriller to reach the Asia Cup final with a one-wicket win over Afghanistan at the Sharjah Cricket Stadium on Wednesday.

In a dramatic finish in Sharjah, No.10 batter Naseem Shah slammed two sixes off the first two balls of the final over to seal Pakistan a win against Afghanistan in the Asia Cup.