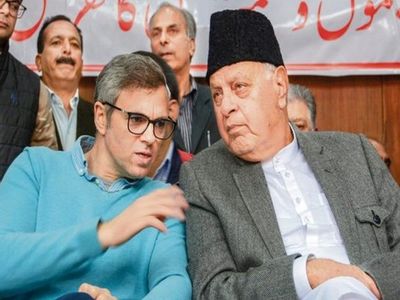 Srinagar: The Jammu and Kashmir National Conference vice president Omar Abdullah has claimed that he and his family are put under house arrest.

He said his father and Member of Parliament Farooq Abdullah is also put under house arrest by the  authorities.

The Jammu and Kashmir Police have denied the allegation. It said that they were advised against moving outside in view of “adverse inputs”.

Police have “locked” up at their house without offering any explanation, Omar said. He tweeted that under the new model of democracy they are kept under siege. This is ‘naya/new J&K’ after August 2019. The former J&K chief minister also alleged that his sister and her kids are also put under house arrest.