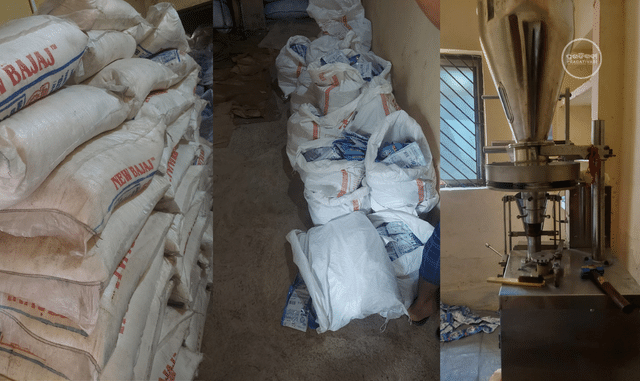 Balakati: The Commissionerate Police on Monday raided a fake detergent and salt manufacturing factory at Lane No-15 of Shiv Shakti Nagar within Pahala police station limits on the city outskirts and seized a huge quantiy of adulterated products.

Following a tip-off, the police made a surprise raid at the unit involved in manufactuing fake washing powder and salt. However, the owner of the factory managed to flee from the spot.

On the other hand, police have detained an employee of the factory for interrogation.

According to sources, the police have seized a huge cache of fake products packed in packets of reputed companies and machinery for packaging from the factory.