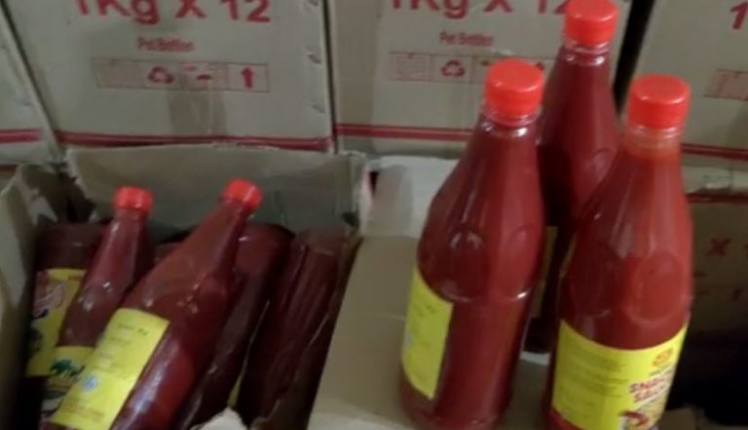 Cuttack: Continuing the crackdown on food adulteration, the Commissionerate police and the food safety wing of Cuttack Municipal Corporation (CMC) seized a huge quantity of spurious sauce from the Malgodown area on Saturday.

Suspecting foul play over his little profit margin, police informed the CMC food safety wing following which, a joint raid was carried out at Malgodown. Police have detained two traders in this connection.

According to CMC officials, they have seized 50 cases of the adulterated tomato sauce and an equal number of cases containing packets of noodles. The adulterated items were allegedly manufactured in the Barang area and were being sold in the Malgodown area.

The manufacturing unit situated in Barang area in the outskirts of Bhubaneswar has also been raided and sealed.

Another 13 COVID-19 patients recover in Odisha