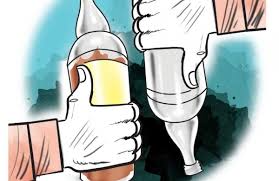 Ganjam: In a major crackdown, the excise officials today busted a fake Liquor Manufacturing unit at Truptinagar under the Bada Bazaar police limits in Ganjam district on Saturday.

The identities of the arrested accused persons were not known immediately.

Acting on a tip-off, the officials conducted a raid on a counterfeit liquor production unit and seized a huge volume of Indian-made foreign liquor (IMFL), huge stock labels, machines, spirit, color, and empty bottles. The cops also arrested five persons in this connection.

A case has been registered and the accused persons have been forwarded to court, police said.