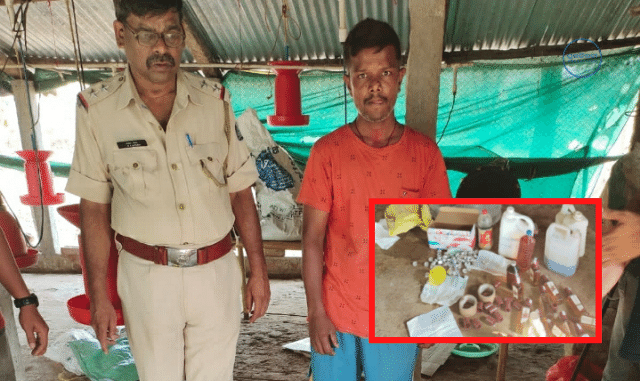 According to reports, an APR constable Chinimini Barik, working in the Bomb Squad of Berhampur Reserve Police, has been arrested along with two others.

Sources said, the fake liquor manufacturing unit was being operated from a poultry farm belonging to the accused police constable.

As per reports, Bada Bazar PS ASI Ranjit Kumar Dash intercepted an auto-rickshaw en route to Berhampur. Upon search, spurious liquor bottles were seized and the auto rickshaw driver, identified as Ranoj Das was apprehended. The cops have also apprehended Babu Sahoo of Berhampur in this regard.

Following interrogation, the accused revealed the source of the spurious liquor unit. Subsequently, the cops raided the illegal unit at Hanuman Nagar and seized a huge cache of spurious liquor and packaging materials.

“Focus will be in ourselves when we take on Netherlands,” says Indian Junior Women’s Hockey Captain Salima Tete