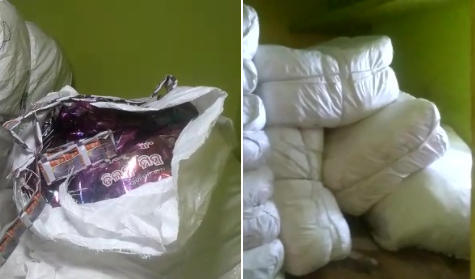 Cuttack: Continuing the crackdown against adulterated foods, Badambadi police on Saturday busted a fake gutkha manufacturing unit at Kamalpur in the Silver City and detained one person in this connection.

The estimated value of the seized item is around Rs.33 Lakhs, officials informed.