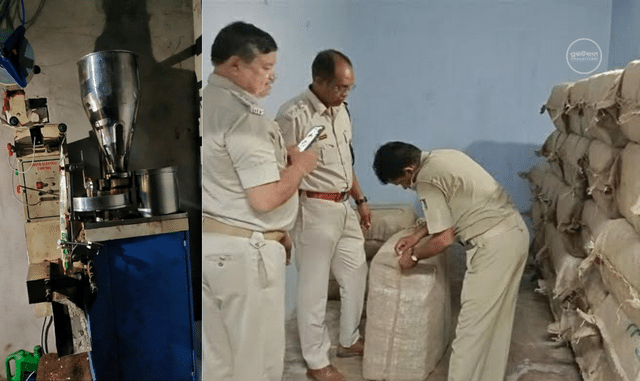 Berhampur: Badabazar Police today busted a fake gutkha manufacturing unit which was being operated inside a warehouse and seized packaging machinery along with various raw materials in Berhampur of Ganjam District..

According to information, the police raided the illegal warehouse located at Ganesh Bazar Binayak Bhawan under the local Badabazar police station and arrested one persons involved in the illegal business.

The arrested accused has been identified as Tukuna Sahu (40) of Gurumurti Pentha Sahi. The police have registered a case (201/22) and started investigation.

After interrogating Tukuna Sahu, police came to know that there are more such illegal gutkha manufacturing units in Aska Road and Sukunda areas.

Further, the police also disclosed that they have identified the mastermind of the racket, Narayan Sahu, who is running the adulterated Gutkha factories and supplying spurious products to different places.

US Navy Ship Arrives In India For Repair Services