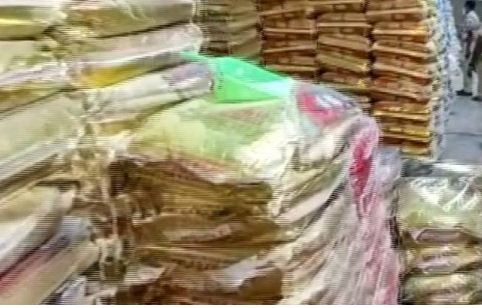 Bhubaneswar: Continuing the crackdown against the illicit manufacturing units of various products, the Commissionerate Police have busted a fake cement factory in the outskirts of Bhubaneswar and arrested the owner in this connection. The arrestee has been identified as Jiten Sibani from Mumbai.

As per reports, the accused used to operate the manufacturing unit from a godown at Bhagabanpur Industrial Estate in Patrapada area from 2019.

Acting on a tip-off, police conducted a raid and seized a huge cache of duplicate cement. The estimated value of the seized fake cement is said to be Rs 1 crore, officials informed.

A case was registered about the same and the accused has been forwarded to court, sources said.

Earlier in February, the Commissionerate Police had busted another fake cement factory at Jagatpur area in the outskirts of Cuttack.