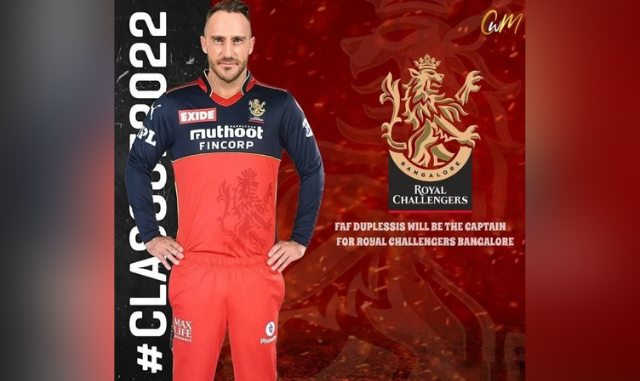 Now this former Proteas captain and right-handed batsman will lead the side in the tournament. RCB announced him as Virat Kohli’s successor at the RCB Unbox event in Bengaluru.

Faf du Plessis was picked by Royal Challengers Bangalore during IPL 2022 auction. The franchise bought the South African player for Rs. 7 crores during the auction. Faf du Plessis was part of Chennai Super Kings in the last season but will don the RCB jersey this time.

Du Plessis has been one of the most consistent players in the IPL so far, as the former CSK star has scored 2935 runs in 100 matches in the IPL. The South Africa star was in superb form for CSK during their victorious run in the IPL 2021 campaign, scoring 633 runs in 16 matches.