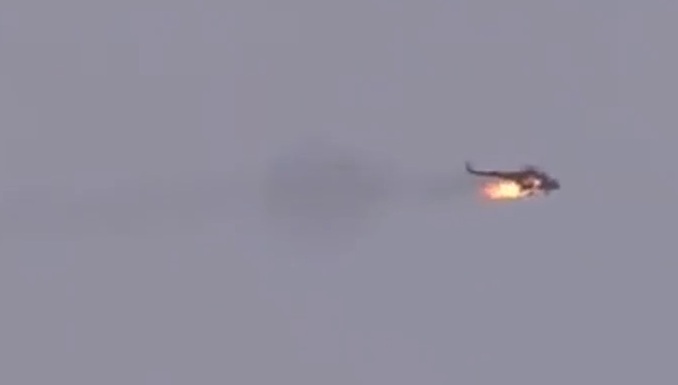 New Delhi: A video that claims to be the live recording of the tragic crash of an IAF chopper carrying Chief of Defence Staff (CDS) General Bipin Rawat in Tamil Nadu on Wednesday afternoon is now being widely shared on social media.

The video shows a helicopter catching flames mid-air and heading for an imminent crash. But here comes the fact check before believing what we see on Social Media.

Yes! The video is not of the IAF chopper crash. It dates back to 2020, and the crash took place in Syria. The video, which was shared by a journalist in February 2020, shows a Syaad Mi-17 helicopter being hit by a missile fired allegedly by Turkish and Al Qaeda- backed militia over Syria.

Journalist and aviation analyst Babak Taghvaee had shared the video on 11 February 2020. Here’s his tweet.

#BREAKING: #Turkish Army targeted a Mi-17 utility helicopter of #Syria Arab Air Force over Al-Nayrab, #Idlib an hour ago. It can be seen crashing. #AlQaeda affiliated militias of #Turkey claim that they did it, but it was beyond range of their MANPADS! pic.twitter.com/kaZfTcoaN6

General Bipin Rawat, his wife Madhulika, and 11 others were killed in a helicopter crash near Coonoor in the Nilgiri hills in Tamil Nadu Wednesday. Group Captain Varun Singh SC, Directing Staff at DSSC with injuries is currently under treatment at Military Hospital, Wellington.