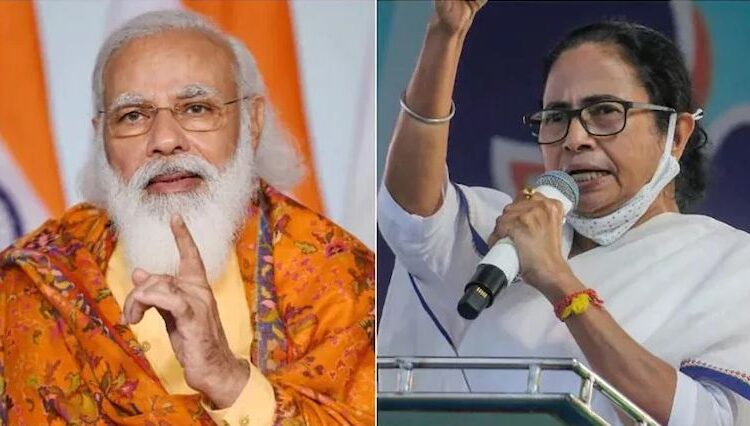 Kolkata: Ahead of the first phase of West Bengal Assembly elections, Prime Minister Narendra Modi and Chief Minister Mamata Banerjee will hold simultaneous rallies in the state on Sunday.

While PM Modi will address a rally at Brigade Parade Ground in Kolkata, CM Mamata will lead a protest against fuel hike in Siliguri.

Prime Minister Narendra Modi is set to hold his first rally in West Bengal after declaration of the poll schedule at the historic Brigade Parade Ground. PM Modi is scheduled to address the rally at 2 pm after landing at Kolkata at 1.20 pm. He will depart for Delhi at 6.15 pm.

Meanwhile, Bengal CM Mamata Banerjee will lead a ‘padyatra’ in Siliguri on Sunday to protest against the steep hike in fuel prices, including LPG cylinders.

As per a report, Banerjee told reporters that thousands of people, especially women, will assemble at Darjeeling More at 1 pm on Sunday to join the protest march.