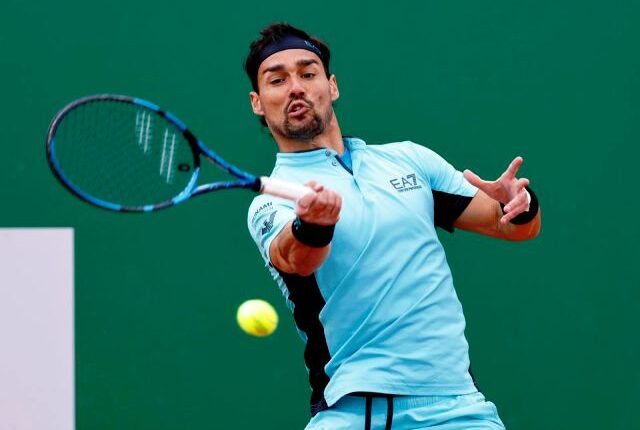 Fabio Fognini was defaulted during his second-round match at the Barcelona Open on Wednesday after the Italian lost his temper and hurled verbal abuse that was picked up by a line judge.

Ninth seed Fognini was trailing 6-0 4-4 against Spain’s Zapata Miralles when a line judge reported him for using foul language following a foot fault.

Fognini had been given a warning earlier in the match and when the chair umpire informed him of the decision to default him, the 33-year-old stormed off the court.

“I didn’t tell him anything,” Fognini shouted, breaking his racket at the net and throwing it away in frustration as he left the court.

Fognini is no stranger to on-court controversy. He was handed a provisional suspension for two Grand Slam tournaments and fined $96,000 for an outburst at the 2017 U.S. Open.

Miralles, a qualifier ranked 147th in the world, will play compatriot Pablo Carreno Busta in the last 16.